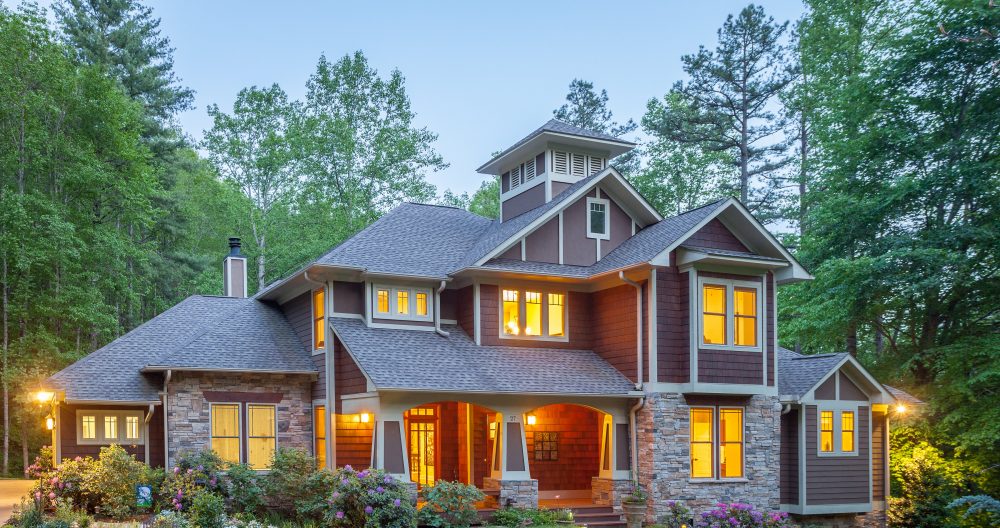 Patrick built our house in 2012.  We are fussy folks and we never had any issue at all during any of the phases of building or the products he uses,  workmanship or workers. Patrick is easy to talk to and LISTENS and UNDERSTANDS what you’re saying and builds the type home you want. His finishing work on our house was amazing; both inside and out. One thing that really amazed us was the house and property was always neat during all phases of work. His workers were dependable and always worked hard..

Beyond being a contractor and designer Patrick wears many hats and built our house during unusual circumstance.  I was in a wheel chair due to many unexpected surgery and unable to shop.  Patrick would ask what kind of wood do you want for the cabinets, the floor, tile etc.  He asked a few more questions and would bring some samples for me to look at, always bringing exactly what I had in mind.  Patrick went beyond what most contractors do and was always there to answer questions.  My house is perfect and we never had a list like most have of things that need to be fixed after you move in.

Patrick is always there for you even after your house is built. I called not to long ago on a question and he was able to refer to his notes and answer me exactly what I was asking.

If we ever build another house we want only Patrick Brannen and his crew to do it.

My wife and I interviewed five contractors in the Fall of 2012 about building us a house on the side of a mountain in the Hawks Landing Development in Weaverville NC.  Only Patrick Brannen (our ultimate choice) and one other “bothered” to visit the house site to evaluate the problems they might encounter constructing on this difficult building site (falls under NC Steep Slope Ordinance).  How can a contractor provide a cost estimate without seeing for themselves construction issues they might encounter?  Each contractor also gave us a tour of a few of the houses they had built.  My wife, who is a pretty difficult person to please, said “I was looking for issues in Patrick’s houses and couldn’t find any; I could move in tomorrow into any of the houses he built.”  Obviously her feeling this way went a long way to finalizing who was going to build our house.

Having retired just a couple of months before construction began (in late July 2013), I was able to spend time on most days at the construction site observing the building process.  Patrick only asked that I “stay out of the way” and if I saw something I didn’t like to tell him and not the construction crew.  Having done some renovation of homes we lived in previously, I have some appreciation and knowledge for construction techniques and methods.  To say the house construction exceeded my expectation is an understatement.  I half joking think the side of the mountain will collapse before any part of the house moves.

Patrick was on the job site for some period most days and was always available via cell phone or returned my voicemails the same day.  The three members of the construction crew (who spent almost seven months on framing and wall/roof construction) praised Patrick as a “tough but fair” contractor who tells you what he wants and has no issues as long as you deliver a quality product consistent with what he asked.  Similar sentiment was expressed by subcontractors installing HVAC, plumbing, electrical and low voltage infrastructure items.  I’m aware of some other individuals who are building homes in western NC and Patrick’s house is far and away superior in terms of quality and value.

We feel one of the major “value adds” Patrick provides is that he is more than a contractor.  He also has architect and landscape skills and interests.  On numerous occasions he and my wife discussed alternative options (e.g. kitchen cabinets, floor stain color, whether to paint or stain the deck, etc.) and in most cases his judgement and recommendation was the proper course of action.  Building a new house is a trying experience (this was our second new construction and we swore after the first one we would never do it again) and Patrick’s skills and knowledge made the experience a whole lot easier.

Perhaps the best  testament to Patrick Brannen homes is that Patrick remains a friend to many who’s houses he built and I have called him over the past year for advise on things he directly had a hand in and other items I wanted some expert advice on.

Having relocated from Chicago, I am thankful every day we chose to live in the Asheville area.  I am also just as thankful we chose Patrick to build our house.

I wanted to write to you and let you know how much I appreciate the relationship we have had over the years.  You have built several homes for Betsy and I and we have been very pleased with every project!  Your attention to detail and personal involvement with our projects was very important to us.  Your knowledge and experience as a builder became evident as we progressed through each project.  That gave us great comfort and allowed us to really enjoy the building process in what typically can be a very stressful time.  Also, your clear and consistent communication through the process was refreshing.  Without question, the next home we build will be built by you! Feel free to refer any potential clients to me.  I would be happy to discuss our very positive experience with you and your company.

My wife and I had long discussed owning a vacation home in the  Asheville area and perhaps retiring there one day. In early 2010 we started our search and over the next 8 months looked at more than 125 properties. We stumbled on a spec home Patrick had built. We’re able to see it that day and from our first glimpse knew we’d found something extraordinary. We worked out a deal and have owned the property for almost six years now. To say we love the home is an understatement.

Patrick has also been there for us over the years as a resource to do any necessary maintenance or repairs on the home. He treats the property like an old friend. Making sure all is done to keep it looking and operating like new.

Patrick has also become a friend. We heartily recommend him, and would hire him to build, maintain, repair or otherwise take care of any residential property in the Buncombe County area. 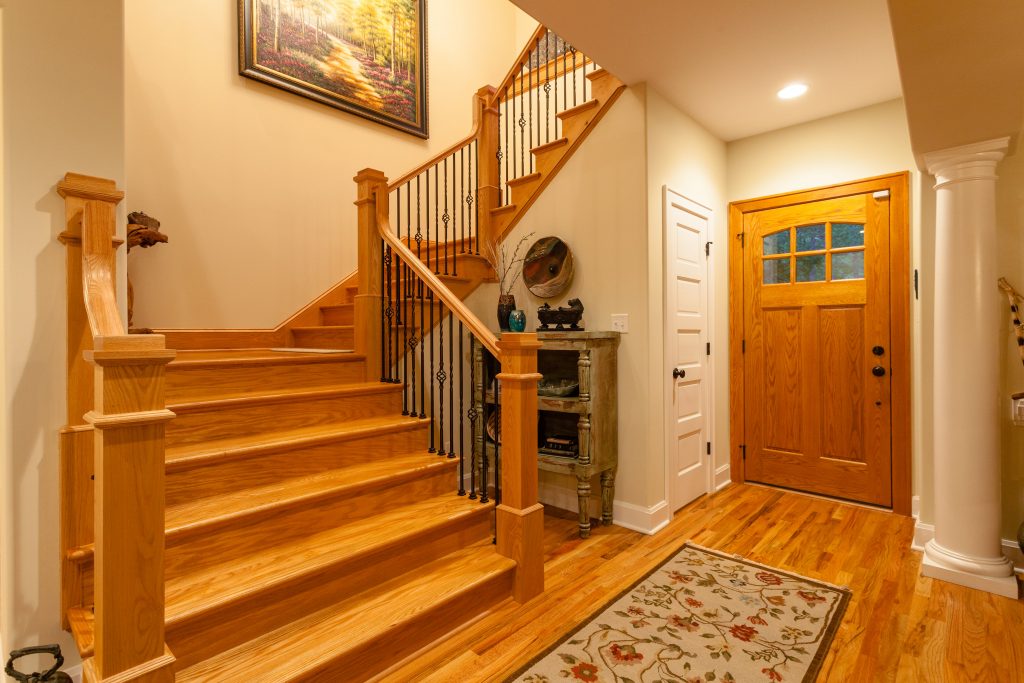 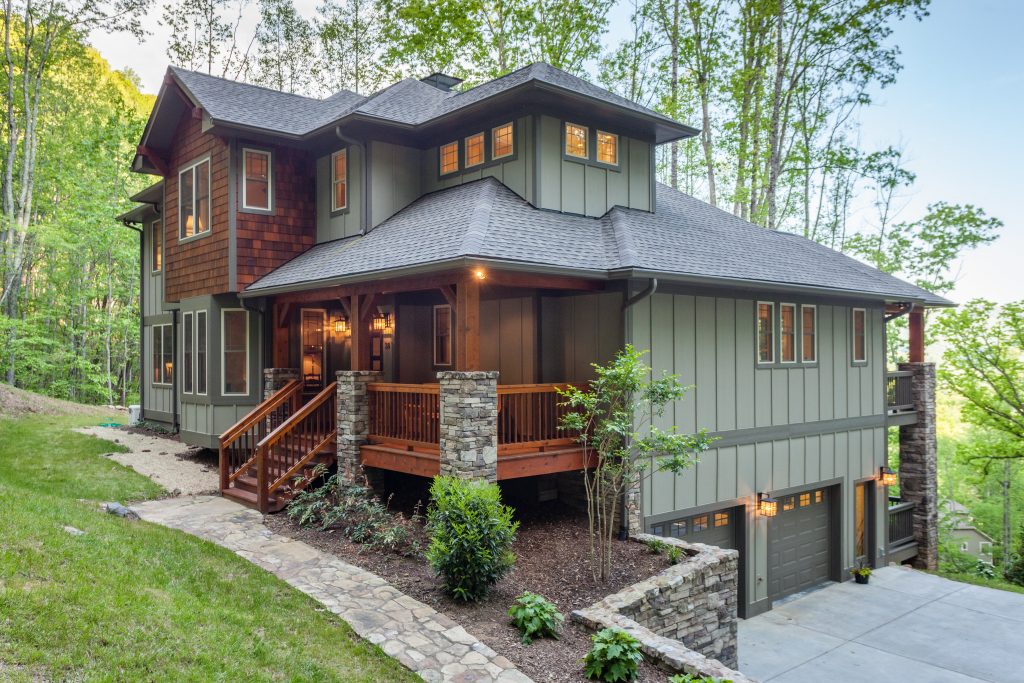 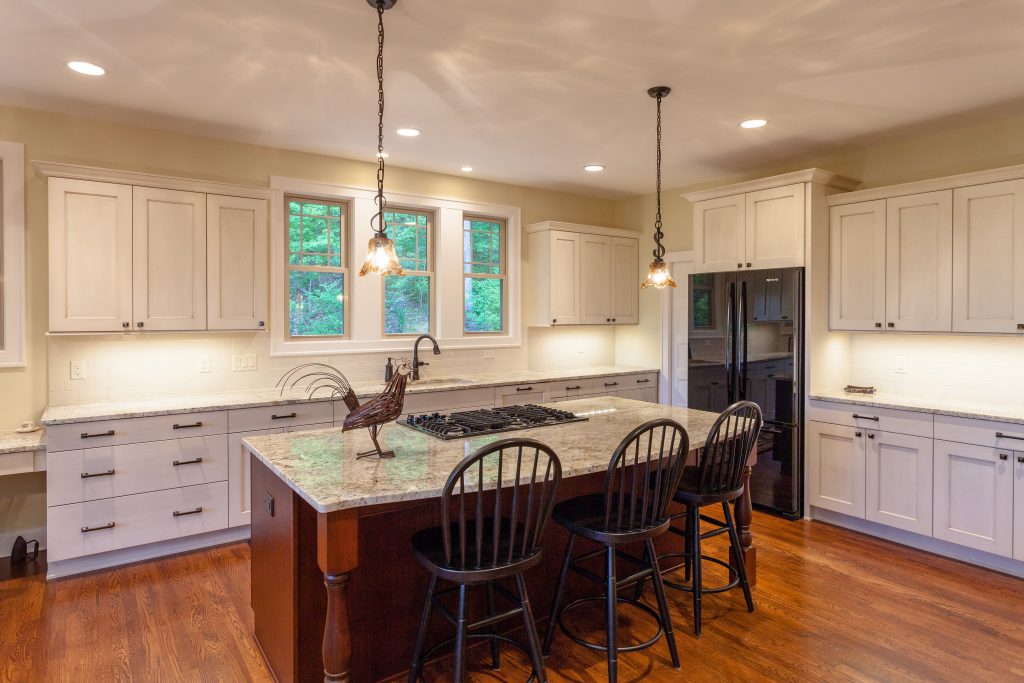 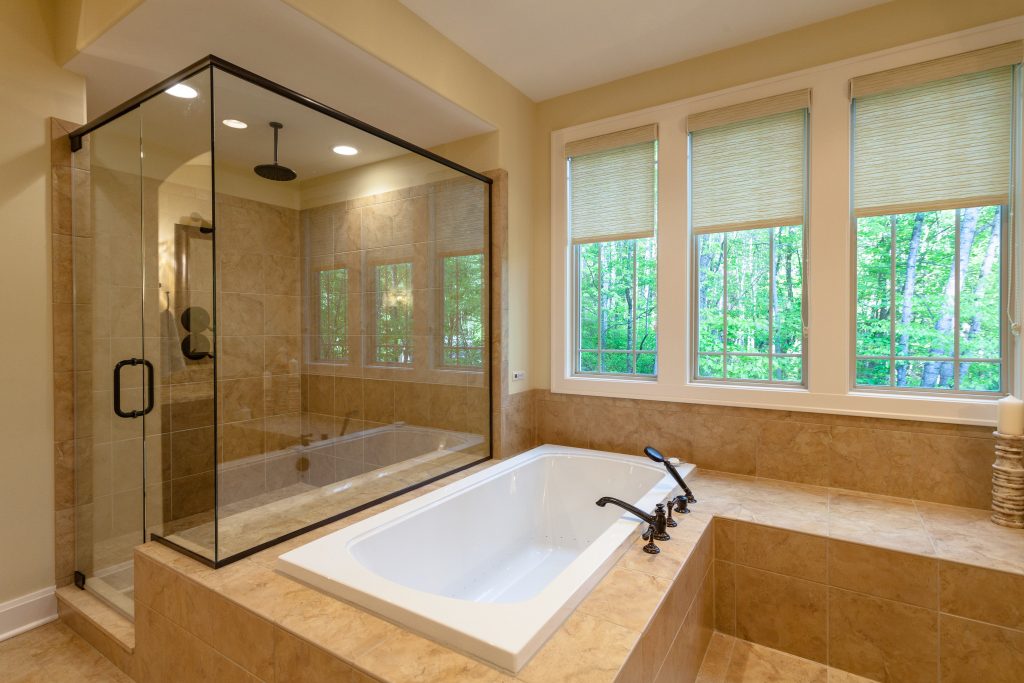 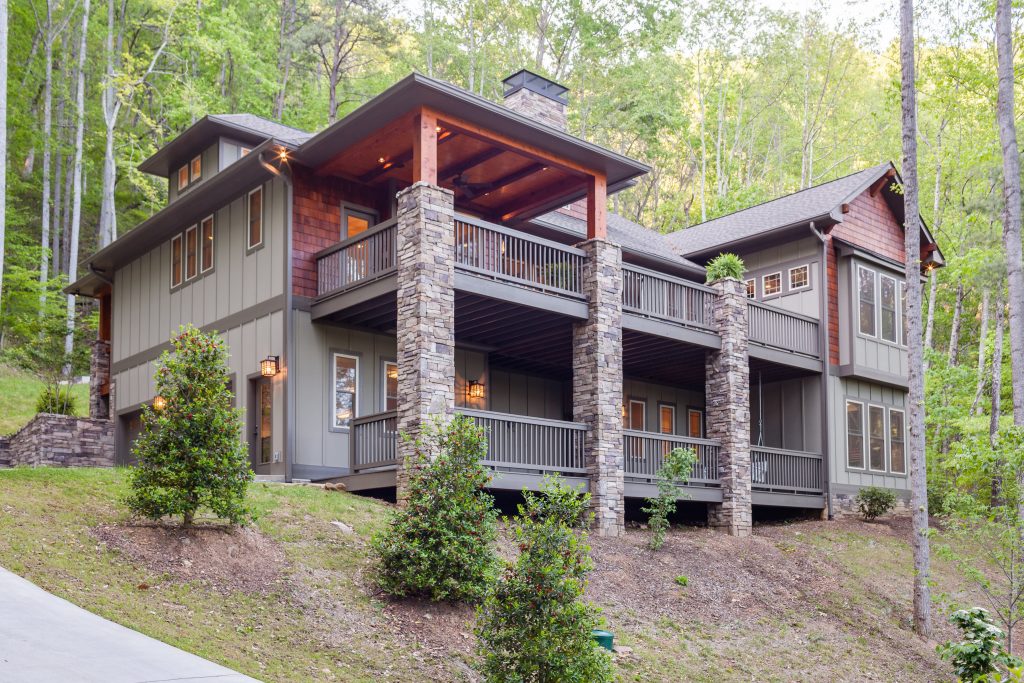 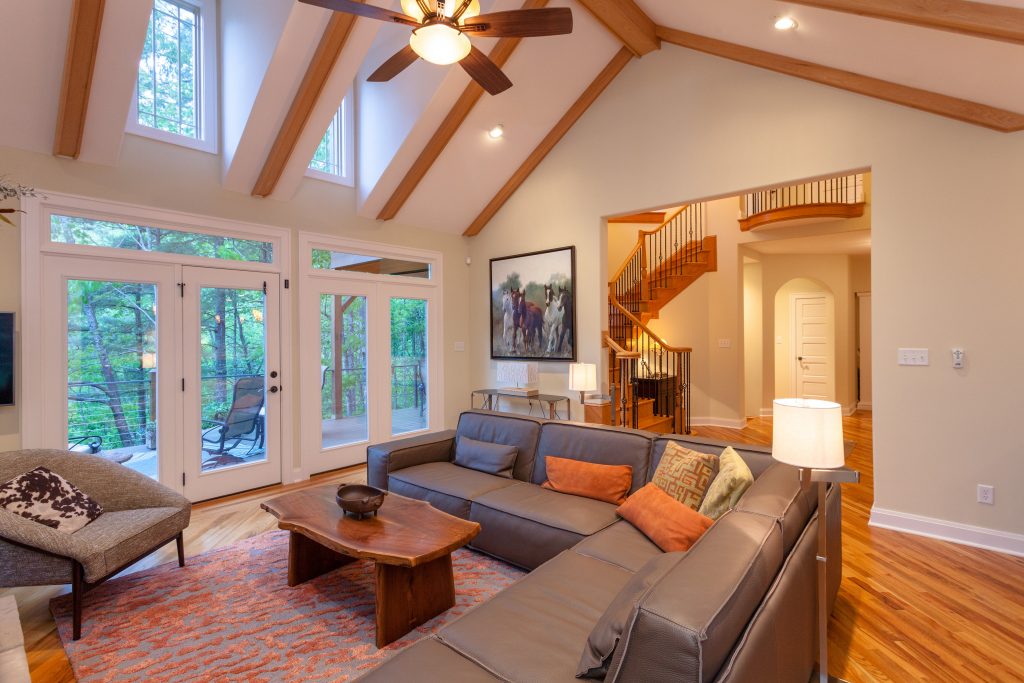 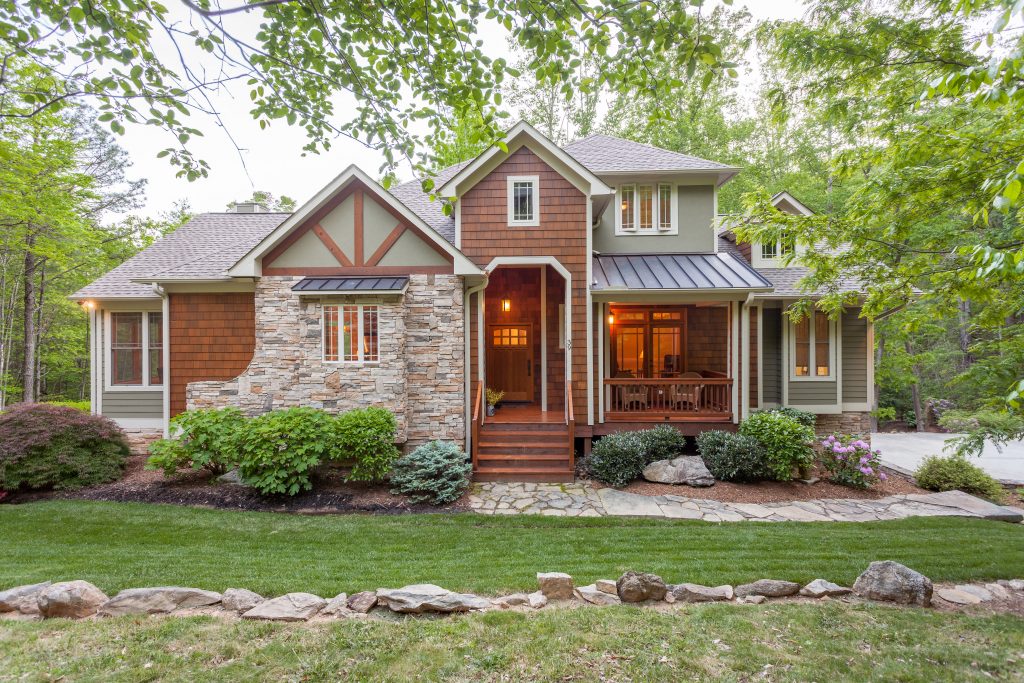